Studying design in school we have learned about many styles and notable designers. Surely all of them have influenced design and the way it has evolved over the past century and into what we know now. Out of all of the names we became familiar with there are always a handful that holds a special place in our heart. From iconic buildings that exemplify International Style to the chair we now see in every design magazine, these design icons have made their mark.

We have mentioned him and his iconic Barcelona Pavilion before in one of our blog posts, “Top 10 Design Quotes,” but Mies’ philosophy of “less is more” is still being widely embraced today. If there is one thing we admire most about his work is his attention to detail and his careful selection of materials – exemplified in the Barcelona Pavilion. Is it fair to say that he paved the way to our appreciation for simplicity and minimalism today? We think so.

Does the name sound familiar? It should! You have probably seen their namesake chairs everywhere and probably wanted one or own one. This dynamic duo did not just design iconic furniture pieces but architecture as well – such as Case Study House 8. They are best known for their groundbreaking contributions to American architecture, furniture design, industrial design and manufacturing in the 20th century.

With work that includes architecture, furniture, textiles and glassware, Alvar Aalto is a well-known name. Hailed as one of Finland’s greatest architects, Aalto helped define the style and aesthetic reputation of the Scandinavian nation. Expressionist in style, his work was like art. In his entire career he designed over 500 buildings with approximately 300 built. Although most of his buildings are in Finland, some can also be found in France, Germany, Italy and in the U.S.

Founder of Knoll furniture, Florence Knoll is a talented architect and designer that studied under other great names such as Eero Saarinen and Mies Van der Rohe. She revolutionized interior space planning and is famous for her philosophy of “total design.” She approached design by embracing everything about a space – architecture, interior design, graphics, textiles and manufacturing. She set the standard in the mid 20th century and is now the standard today. 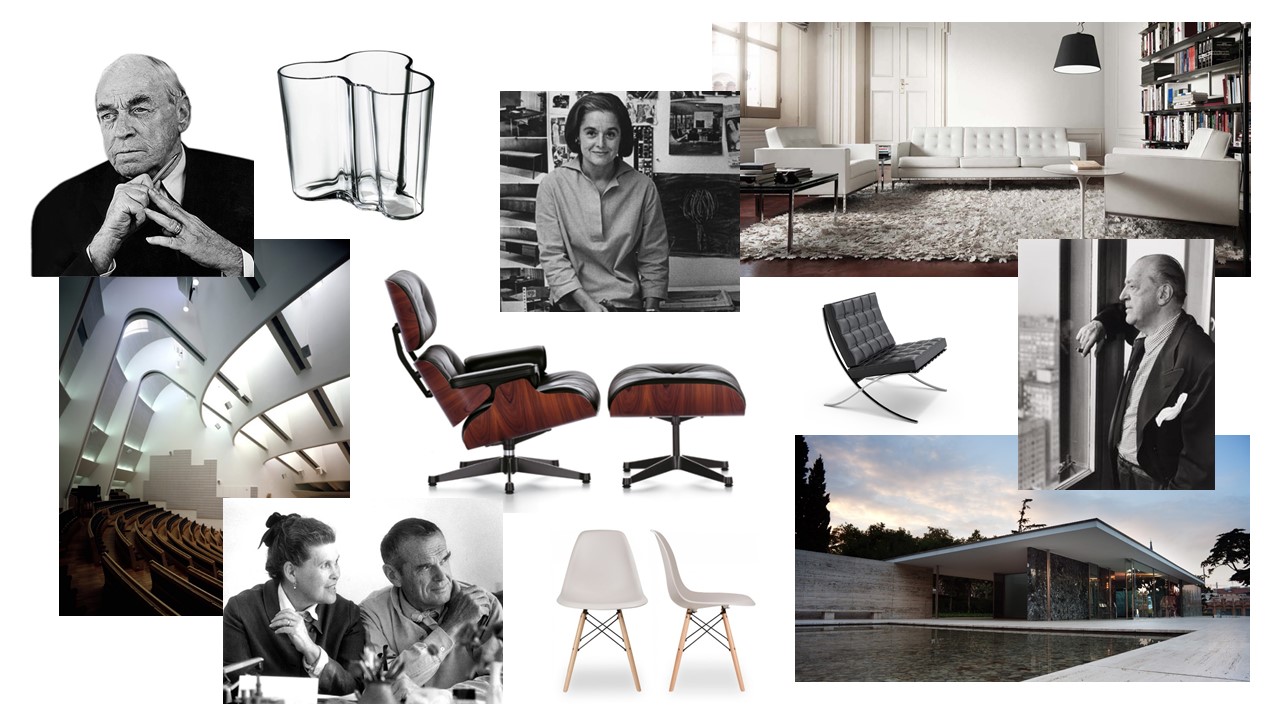